Autumn
(from The Four Seasons)
by Antonio Vivaldi 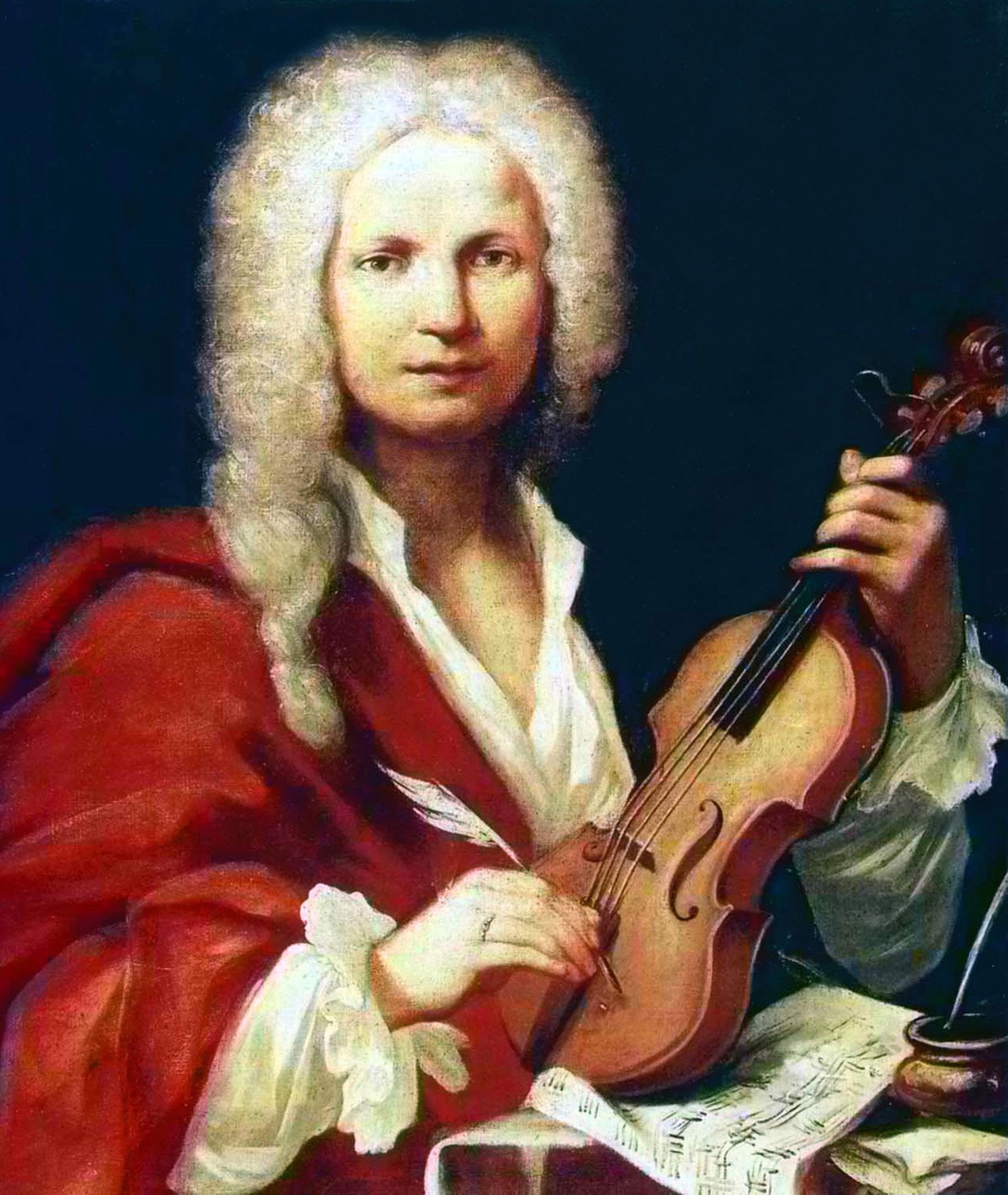 The “The Four Seasons“
The Four Seasons (Italian: Le quattro stagioni) is a group of four violin concerti by Italian composer Antonio Vivaldi, each of which gives musical expression to a season of the year. They were written around 1721 and were published in 1725 in Amsterdam, together with eight additional violin concerti, as Il cimento dell’armonia e dell’inventione (“The Contest Between Harmony and Invention”).
The The Four Seasons is the best known of Vivaldi’s works. Though three of the concerti are wholly original, the first, “Spring”, borrows motifs from a Sinfonia in the first act of Vivaldi’s contemporaneous opera Il Giustino. The inspiration for the concertos was probably the countryside around Mantua, where Vivaldi was living at the time. They were a revolution in musical conception: in them Vivaldi represented flowing creeks, singing birds (of different species, each specifically characterized), a shepherd and his barking dog, buzzing flies, storms, drunken dancers, hunting parties from both the hunters’ and the prey’s point of view, frozen landscapes, and warm winter fires.
Unusually for the period, Vivaldi published the concerti with accompanying sonnets (possibly written by the composer himself) that elucidated what it was in the spirit of each season that his music was intended to evoke. The concerti therefore stand as one of the earliest and most detailed examples of what would come to be called program music—i.e., music with a narrative element. Vivaldi took great pains to relate his music to the texts of the poems, translating the poetic lines themselves directly into the music on the page. For example, in the middle section of the Spring concerto, where the goatherd sleeps, his barking dog can be heard in the viola section. The music is elsewhere similarly evocative of other natural sounds. Vivaldi separated each concerto into three movements (fast–slow–fast), and, likewise, each linked sonnet into three sections.