easypianoonline / April 20, 2021 / Comments Off on Over The Waves
(Sobre Las Olas)
(Juventino Rosas) / Lessons, Uncategorized
Share this:
Excellent Gift on Any Occasion Membership Subscription on EasyPianoOnline

Over The Waves
(Sobre Las Olas)
by Juventino Rosas 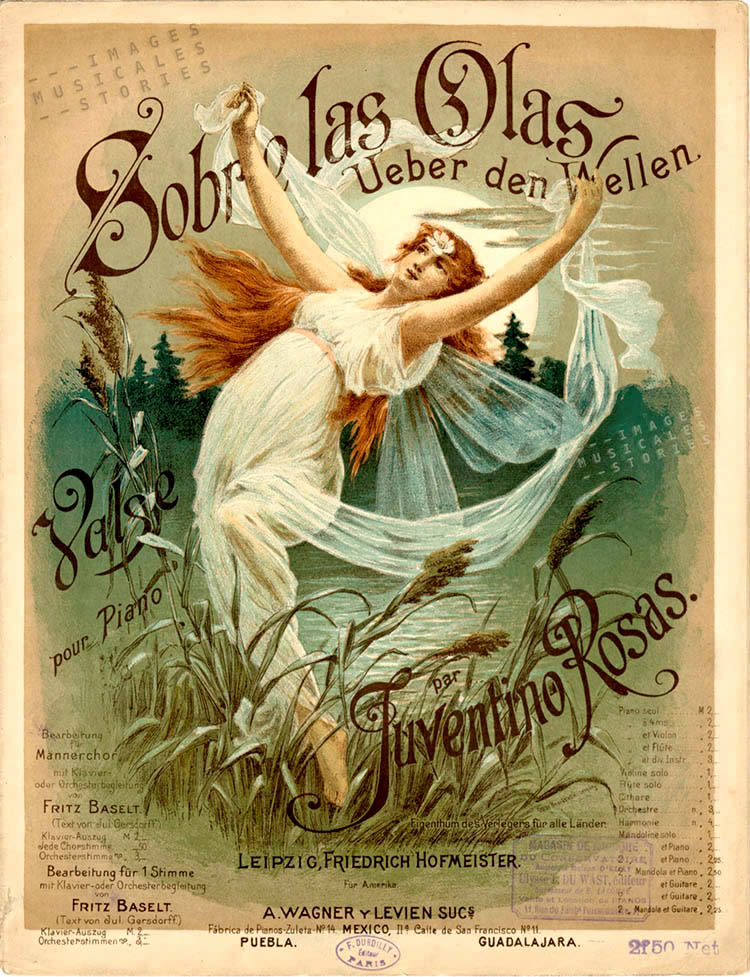 “ Over The Waves (Sobre Las Olas) ” is the best-known work of Mexican composer Juventino Rosas (1868–1894). It “remains one of the most famous Latin American pieces worldwide”, according to the “Latin America” article in The Oxford Companion to Music.
It was first published by Rosas in 1888. It remains popular as a classic waltz, and has also found its way into New Orleans Jazz and Tejano music.

← To A Wild Rose
(Edward MacDowell)
'Til I Hear You Sing
(Andrew Lloyd Webber) →
LATEST ADDITIONS
.