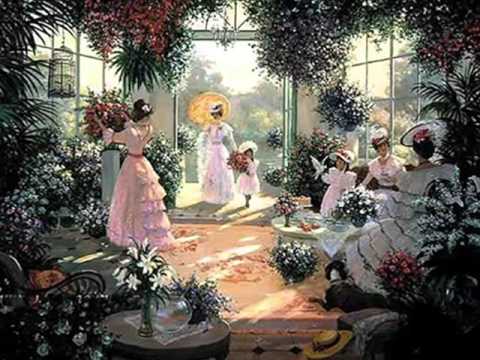 The “Roses From the South (Rosen aus dem Süden), Op.388” is a waltz medley composed by Johann Strauss Jr. in 1880 with its themes drawn from the operetta Das Spitzentuch der Königin (The Queen’s Lace Handkerchief) inspired by a novel by Heinrich Bohrmann-Riegen.

The waltz was first performed at the regular Sunday concerts of the Strauss Orchestra conducted by Eduard Strauss on 7 November 1880 at the Musikverein in Vienna. Its themes drawn from the operetta are the act 1 “Trüffel-Couplet” and the act 2 romance “Wo die wilde Rose erblüht” (“Where the Wild Rose Blossoms”). The act 2 romance most certainly inspired the title of this waltz.

The waltz ranks among the “Waltz King’s” magnificent works and is still regularly performed today at the Vienna Philharmonic’s New Year’s Concert. The general mood of the piece is rather pensive but the final moments of the piece are utter joy and sparkling with Strauss happier tunes.

Fans of Star Trek will recognize “Roses from the South” as the waltz Trelane has Uhura play in “The Squire of Gothos”.
The song is also used in the Dancing with the Stars videogame for PlayStation 2, in the carnival sequence of “Sunrise: A Song of Two Humans,” and finally in “Sophie’s Choice,” when Sophie is asked for her hand in marriage.