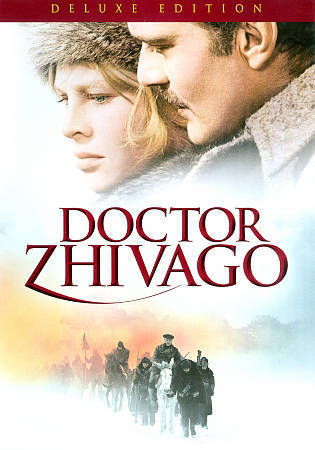 The “Doctor Zhivago (Italian: Il dottor Živago)” is a 1965 British-Italian epic romantic drama film directed by David Lean. It is set in Russia between the years prior to World War I and the Russian Civil War of 1917–1922, and is based on the 1957 Boris Pasternak novel Doctor Zhivago. While immensely popular in the West, the book was banned in the Soviet Union for decades. For this reason, the film could not be made in the Soviet Union and was instead filmed mostly in Spain.
The film stars Omar Sharif in the title role as Yuri Zhivago, a married physician whose life is irreversibly altered by the Russian Revolution and subsequent Civil War, and Julie Christie as his married love interest Lara Antipova. The supporting cast includes Geraldine Chaplin, Rod Steiger, Alec Guinness, Tom Courtenay, Ralph Richardson, Siobhán McKenna and Rita Tushingham.

Somewhere, my love there will be songs to sing
Although the snow covers the hope of spring
Somewhere a hill blossoms in green and gold
And there are dreams all that your heart can hold

You’ll come to me out of the long ago
Warm as the wind, soft as the kiss of snow
Lara my own, think of me now and then
God speed my love till you are mine again

← Playlist: Schumann, Robert
No One Knows
Who I Am
(Frank Wildhorn) →
LATEST ADDITIONS
.