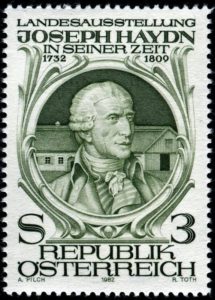 The “SURPRISE SYMPHONY” The perennially popular Symphony No. 94 in G Major. The piece gained fame when the composer himself, while serving as conductor, impulsively altered the dynamics of the second movement.
There has been much speculation on the reason behind the change. According to one account, Haydn had already given the downbeat to begin the movement when the gentle snores of a front-row patron piqued his sense of humour.
He and his musicians forged ahead with the little theme until reaching its final chord, for which Haydn cued an immense fortissimo (loud tone), bringing the drowsy patron to his feet. Whatever Haydn’s motivation, the episode ultimately earned for the work its everlasting nickname, Surprise Symphony – in English. In German it is known as the symphony mit dem Paukenschlag – that is, “with the drum stroke.”