easypianoonline / May 24, 2019 / Comments Off on The Last Unicorn
(Jimmy Webb) / Lessons, Uncategorized

The Last Unicorn
by Jimmy Webb 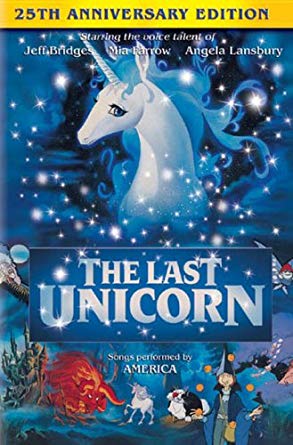 The “The Last Unicorn” is a 1982 soundtrack album composed and arranged by Jimmy Webb, and performed by America (American rock band that was formed in London in 1970 by Dewey Bunnell, Dan Peek, and Gerry Beckley) with the London Symphony Orchestra.
The album contains the film score for the 1982 film The Last Unicorn, which was based on novel by Peter S. Beagle.

I’m alive, I’m alive
When the last moon is cast over the last star of morning
And the future has passed without even a last desperate warning
Then look into the sky where through the clouds a path is torn
Look and see her how she sparkles, it’s the last unicorn