So What
(Miles Davis)

easypianoonline / November 9, 2020 / Comments Off on So What
(Miles Davis) / Lessons, Uncategorized
Share this:

So What
by Miles Davis 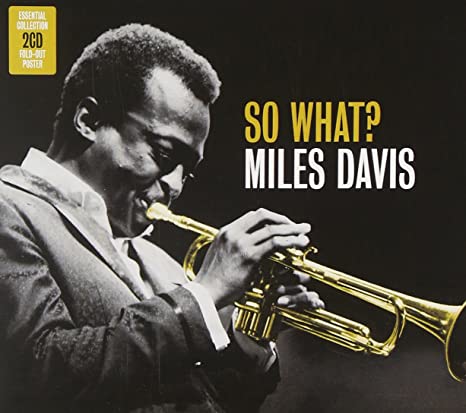 “ So What ” is the first track on the 1959 album Kind of Blue by American trumpeter Miles Davis.
It is one of the best known examples of modal jazz, set in the Dorian mode and consisting of 16 bars of D Dorian, followed by eight bars of E♭ Dorian and another eight of D Dorian. This AABA structure puts it in the thirty-two-bar format of American popular song.
The piano-and-bass introduction for the piece was written by Gil Evans for Bill Evans (no relation) and Paul Chambers on Kind of Blue. An orchestrated version by Gil Evans of this introduction is later to be found on a television broadcast given by Miles’ first quintet (minus Cannonball Adderley who was ill that day) and the Gil Evans Orchestra; the orchestra gave the introduction, after which the quintet played the rest of “So What”. The use of the double bass to play the main theme makes the piece unusual. This arrangement was later performed and recorded as part of the album Miles Davis at Carnegie Hall.