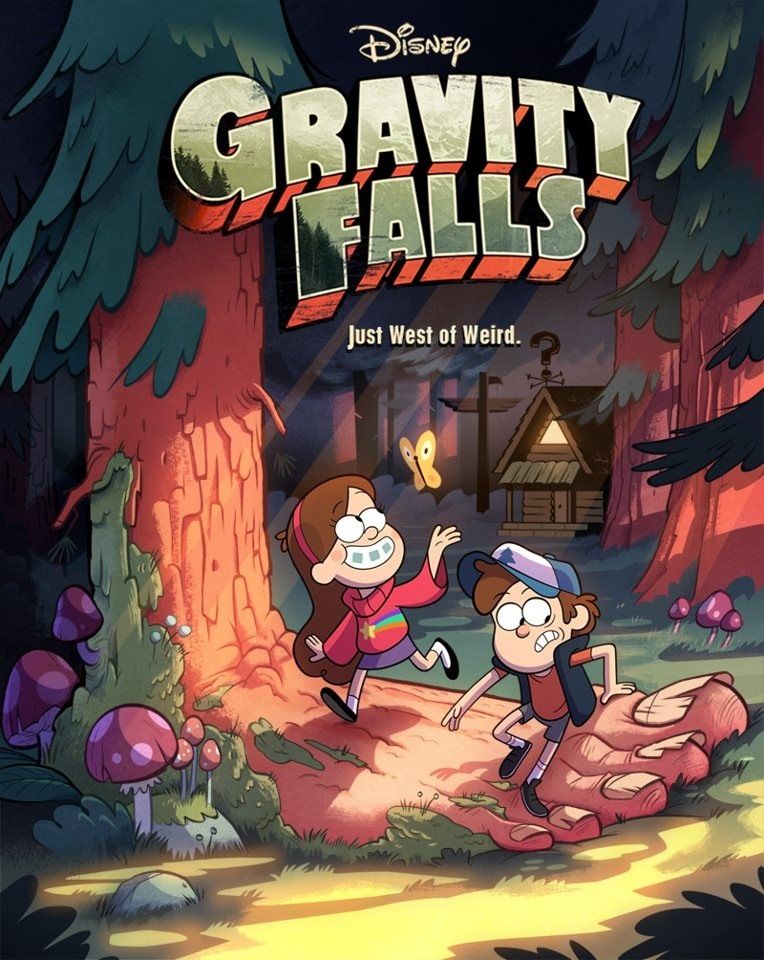 “ Gravity Falls ” is an American animated mystery comedy television series created by Alex Hirsch for Disney Channel and Disney XD. The series ran from June 15, 2012, to February 15, 2016.
The series follows the adventures of Dipper Pines (voiced by Jason Ritter) and his twin sister Mabel (voiced by Kristen Schaal) who are sent to spend the summer with their great-uncle (or “Grunkle”) Stan (voiced by Hirsch) in Gravity Falls, Oregon, a mysterious town full of paranormal forces and supernatural creatures. The kids help Stan run “the Mystery Shack”, the tourist trap which he owns, while also investigating the local mysteries.
On November 20, 2015, Hirsch announced that the series would finish with its second season, stating that this was “100% [his] choice” and that “the show isn’t being cancelled- it’s being finished” and was simply reaching its natural conclusion. The show culminated with a one-hour finale, “Weirdmageddon 3: Take Back The Falls”, airing on February 15, 2016. Hirsch later stated that he remains open to continuing the series with additional episodes or specials.