The Point Of No Return
(Andrew Lloyd Webber)

easypianoonline / May 20, 2020 / Comments Off on The Point Of No Return
(Andrew Lloyd Webber) / Lessons, Uncategorized
Share this:
Excellent Gift on Any Occasion Membership Subscription on EasyPianoOnline

The Point Of No Return
by Andrew Lloyd Webber 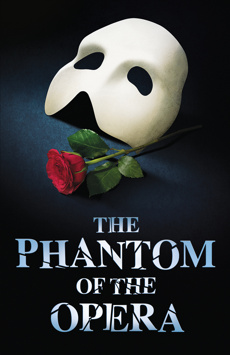 “ The Point Of No Return ” is a song from The Phantom of the Opera between the musical’s title character, the Phantom, and his love interest, Christine. The song is part of the Phantom’s opera, Don Juan Triumphant, which he forces the opera to stage. The title character, Don Juan, is a womanizer whose errant ways condemn him to hell; today, best remembered from the play of the same name by Molière, an opera by Wolfgang Amadeus Mozart, and a poem by George Gordon, Lord Byron. Piangi is supposed to sing the title role, but the Phantom strangles him and takes his place. Christine takes the role of Don Juan’s soon-to-be conquest.

The song focuses on the Phantom’s seduction of Christine, but, at the end of the song, the Phantom sings a short reprise of “All I Ask Of You”, asking that Christine be with him, instead of Raoul. She responds by removing the Phantom’s mask, so that the entire audience can see his deformed face. Enraged, he flees the stage with Christine in tow.

The Point Of No Return

You have come here
In pursuit of your deepest urge
In pursuit of that wish which till now has been silent
Silent
I have brought you
That our passions may fuse and merge
In your mind you’ve already succumbed to me
Dropped all defenses, completely succumbed to me
Now you are here with me, no second thoughts
You’ve decided, decided

You have brought me
To that moment where words run dry
To that moment where speech disappears into silence
Silence
I have come here
Hardly knowing the reason why
In my mind I’ve already imagined our bodies entwining, defenseless and silent
And now I am here with you, no second thoughts
I’ve decided, decided

Past the point of no return
No going back now
Our passion play has now at last begun
Past all thought of right or wrong
One final question
How long should we two wait before we’re one?
When will the blood begin to race
The sleeping bud bursts into bloom?
When will the flames at last consume us?

← Symphony No.7
Allegretto
(Ludwig van Beethoven)
All The
Things You Are
(Jerome Kern) →
LATEST ADDITIONS
.