The “Prelude in C Major by J.S. Bach  in C Major, BWV 846“, is a keyboard composition written by Johann Sebastian Bach. It is the first prelude and fugue in the first book of The Well-Tempered Clavier, a series of 48 preludes and fugues by the composer. An early version of the prelude, BWV 846A, is found in the Klavierbüchlein für Wilhelm Friedemann Bach. 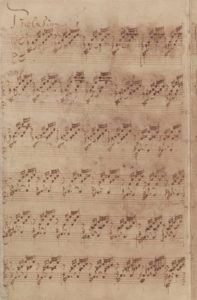 Bach’s autograph (1722) of the first prelude of Book I