Waves of The Danube
(Ion Ivanovici)

easypianoonline / November 28, 2020 / Comments Off on Waves of The Danube
(Ion Ivanovici) / Lessons, Uncategorized
Share this:
Excellent Gift on Any Occasion Membership Subscription on EasyPianoOnline

Waves of The Danube
by Ion Ivanovici 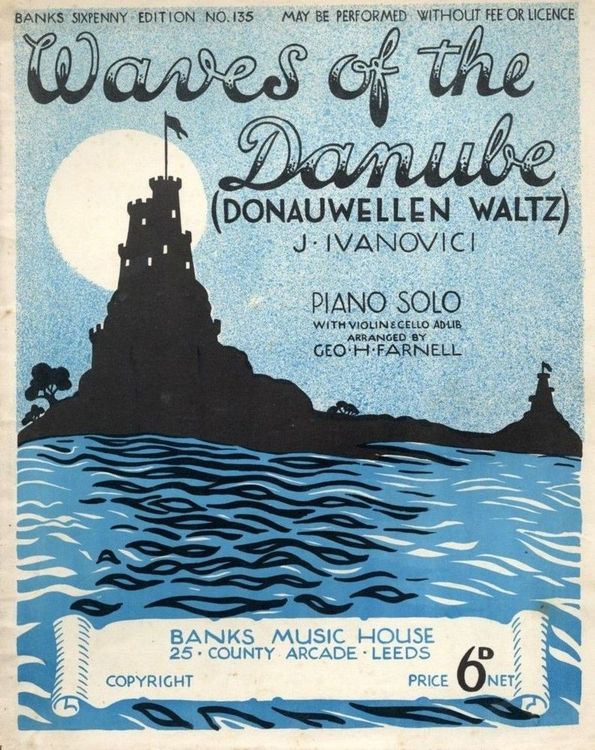 “ Waves Of The Danube ” is a waltz composed by Iosif Ivanovici in 1880, and is one of the most famous Romanian tunes in the world. The song has many variations throughout the piece, reminiscent of the music of Johann Strauss. Through the Viennese style variations, there is still a distinct Slavic style. In the United States, it is frequently referred to as “The Anniversary Song”, a title given by Al Jolson when he and Saul Chaplin released an adaptation of the song in 1946.
“Waves of the Danube” was first published in Bucharest in 1880. It was dedicated to Emma Gebauer, the wife of music publisher Constantin Gebauer. Composer Émile Waldteufel made an orchestration of the piece in 1886, which was performed for the first time at the 1889 Paris Exposition, and took the audience by storm.[1] It won the march prize to mark the exhibition out of 116 entries.