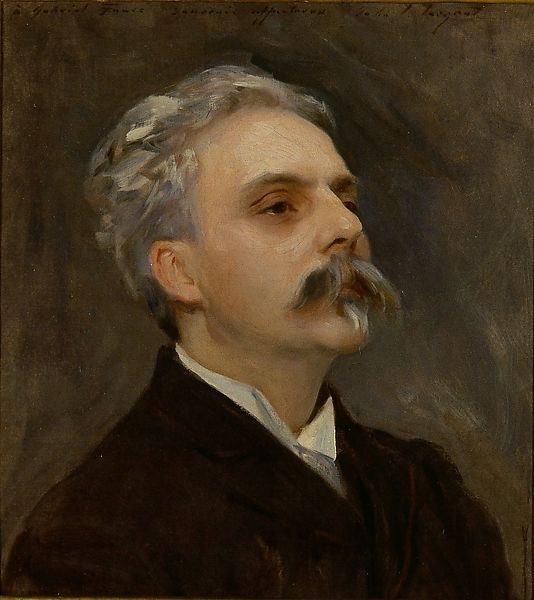 “ Pavane in F-sharp minor, Op. 50” is a pavane by the French composer Gabriel Fauré written in 1887. It was originally a piano piece, but is better known in Fauré’s version for orchestra and optional chorus. Obtaining its rhythm from the slow processional Spanish court dance of the same name, the Pavane ebbs and flows from a series of harmonic and melodic climaxes, conjuring a haunting Belle Époque elegance. The piece is scored for only modest orchestral forces consisting of string instruments and one pair each of flutes, oboes, clarinets, bassoons, and horns. A typical performance lasts about six minutes.
The original version of the Pavane was written for piano and chorus in the late 1880s. The composer described it as “elegant, but not otherwise important.” Fauré intended it to be played more briskly than it has generally come to be performed in its more familiar orchestral guise. The conductor Sir Adrian Boult heard Fauré play the piano version several times and noted that he took it at a tempo no slower than 100 quarter notes per minute. Boult commented that the composer’s sprightly tempo emphasised that the Pavane was not a piece of German romanticism, and that the text later added was “clearly a piece of light-hearted chaffing between the dancers”.