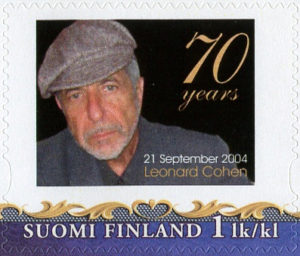 The “Hallelujah” is a song written by Canadian singer Leonard Cohen, originally released on his album Various Positions (1984). Achieving little initial success, the song found greater popular acclaim through a recording by John Cale, which inspired a recording by Jeff Buckley. It is considered as the “baseline” of secular hymns.

Well I heard there was a secret chord
That David played and it pleased the Lord
But you don’t really care for music, do you?
Well it goes like this: the fourth, the fifth
The minor fall and the major lift
The baffled king composing Hallelujah
Hallelujah [x4]

There was a time when you let me know
What’s really going on below
But now you never show that to me, do you?
But remember when I moved in you
And the holy dove was moving too
And every breath we drew was Hallelujah
Hallelujah [x4]